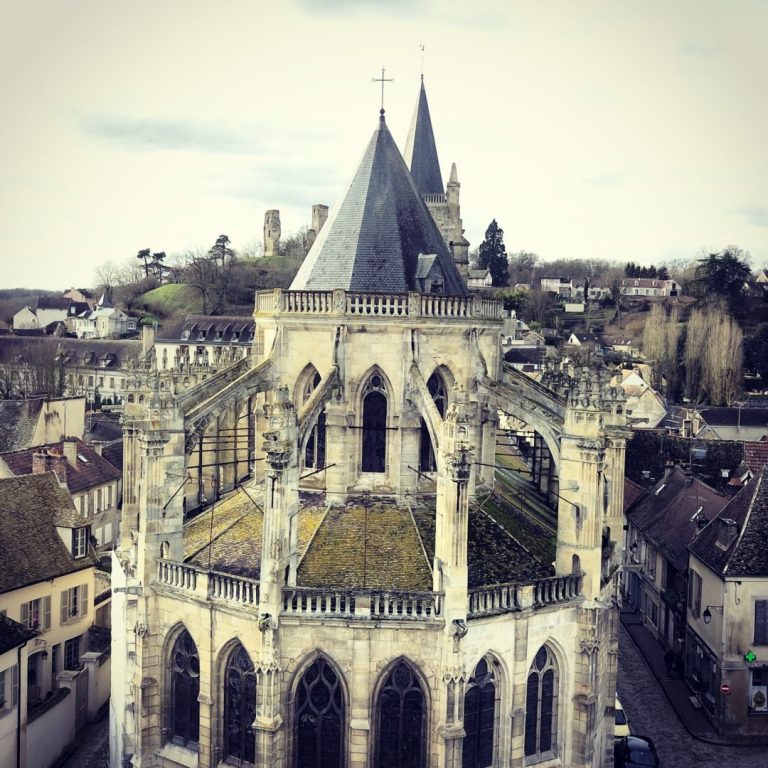 Listed as a historic monument.

Today, there is only the north side of the original Romanesque tower which is still standing.

Around 1491, Queen Anne of Brittany decided that a new Gothic style church with three naves was to be built in order to replace the centuries old Romanesque one which was far too small. Thus, the choir was topped by a slate roof that leaned against the base of the Romanesque steeple, which remained intact until the middle of the XIXth century.

The Renaissance style followed the Gothic with its typical flying buttresses composed of a massive pier situated away from the building wall. An arch that bridges the span between the pier and the wall was also added with the aim of supporting the weight of the church but also of enabling builders to put up very tall but comparatively thin walls, so that much of the space could be filled with stained-glass windows.

The entrance to the church from the south side is in a beautiful Renaissance style: you can see the busts of André de Foix and of his wife Catherine Du Bouchet.

A new phase of work started in the XVIIth century: the aisles were extended and the construction of the first church tower began: it was to be completed in 1848, which was also the year when the nave was heightened.

The church has been a listed monument since 1840 thanks to its collection of 37 stained-glass windows of the second half of the XVIth century. Some of these church windows are not precisely dated and some of the names of the stained-glass artists are still unknown today.

It is one of the finest collections of church windows from that time. 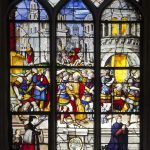 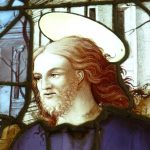 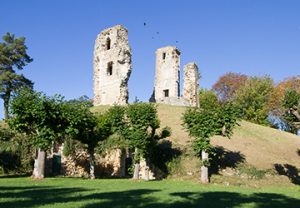 Anne of Brittany’s tower and castle

The history of Montfort l’Amaury began as far back as the Xth century when Robert le Pieux, the son of Hugues Capet who was the French King, was given the earldom of Iveline. 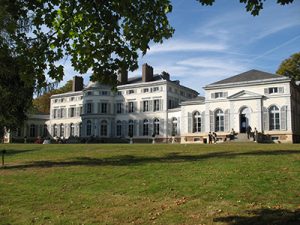 The Park, Theater and Groussay’s Castle

The “Château de Groussay” was built in 1815 by the Duchess of Charost who was the daughter of Madame de Tourzel and the governess of the children of King Louis XVI and Marie-Antoinette.